The Monthly Update for February is now available....

IPQ’s Monthly Update for February is centered on how the limitations, constraints, and disconnects in the current CMC regulatory processes around the world are impacting industry’s ability to make manufacturing and control improvements and assure the supply of medicines to the patients who need them.

The first in the series of four stories included in the issue takes a look at the post-approval change constrictions in Japan and how they compare and interface with those globally.

The second story explores the dialogue that took place on the global CMC issues among a panel of regulators at the opening session of the CASSS/FDA WCBP Symposium in late January. Under consideration were the regulatory CMC obstacles that need to be addressed to facilitate getting important new medicines more rapidly to patients and the pathways being explored among the various regulatory agencies to address them.

The third and fourth stories in the series delve into the eye-opening presentations and discussions at the concluding session of the symposium, which centered around the post-approval change side of the problem.

The third focuses on a compelling IFPMA presentation on the impact that the global quality regulatory maze is having on vaccine suppliers, in particular.

The fourth takes a hard look at the regulatory obstacles that the global biotech industry faces in making even minor, low-risk post-approval changes, and where the international community should be directing its attention to try to lessen them.

The “News in Brief” section of the Update highlights a number of other key developments that occurred during February in the US, Europe and internationally. 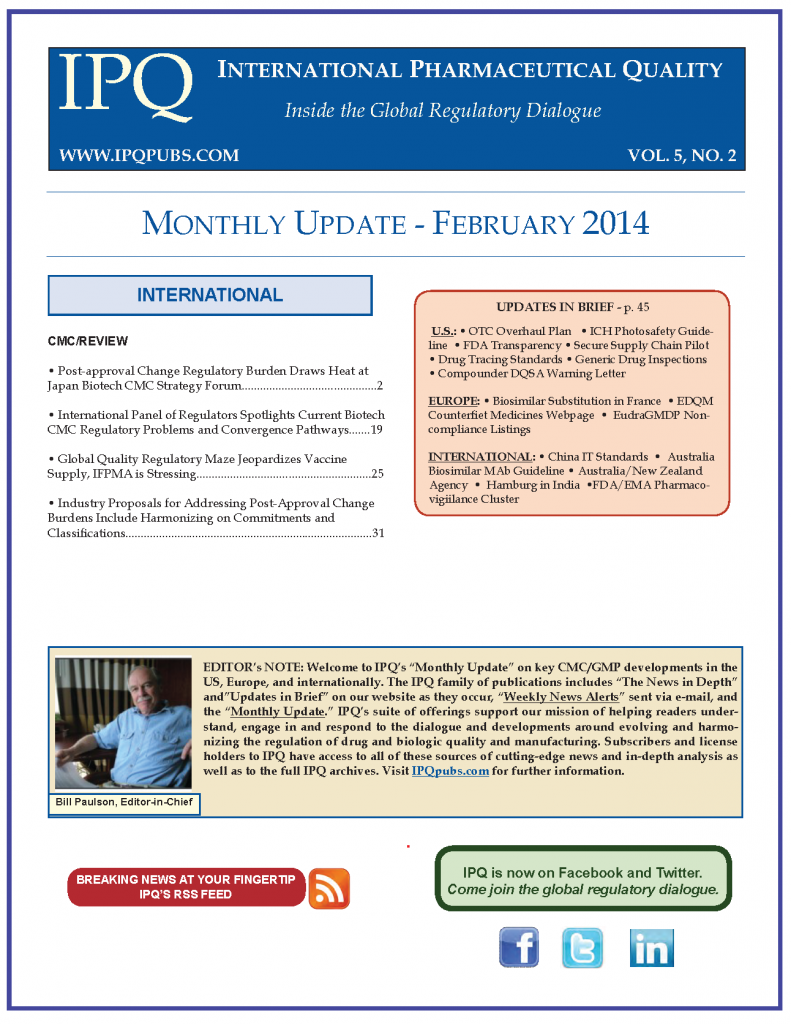