The IPQ Monthly Update for December focuses heavily on the the ongoing efforts around the world to build a more harmonized foundation for regulating drug and biologic quality.

Included is an in-depth look at efforts in the ASEAN region to move toward a more harmonized CMC/GMP regulatory framework – analyzing efforts to date and the work that remains to be done.  The challenges for foreign firms seeking to do business in Japan, and the complexities and nuances required to be successful there are also explored.

Marking the new year is FDA’s entry into PIC/S – an event that has been a long time in the making and with a long tail.  Companion stories in the December issue delve into where PIC/S has been and where it is going as it helps shape the global GMP regulatory landscape.

In the US in December, FDA inspections took center stage as non-compliant QC laboratories continued to draw attention abroad and McNeil’s OTC production remained in the domestic spotlight.

Warning letters were issued to four API manufacturers in the past month citing lab issues, including method validation, instrument qualification and deficiencies in stability programs. One of these, located in India, refused to allow an agency investigator access to its manufacturing facility, and a 483 and warning letter were issued based on documents the company provided to the investigator at an off-site location.  The latest in a series of inspections of McNeil plants took place in December, with investigators citing concerns at the firm’s Fort Washington, PA plant that mirrored findings the month before at its Las Piedras, PR plant. The firm’s recall problems continued as well.

Laboratory GMPs also drew attention in Europe with EMA proposing that guidance on method transfers be added in revising EU GMP Chapter 6 on quality control.  In a second concept paper, EMA proposed to expand its guidance on transport storage conditions to better address the challenges of an increasingly complex ingredient supply and product distribution chain. 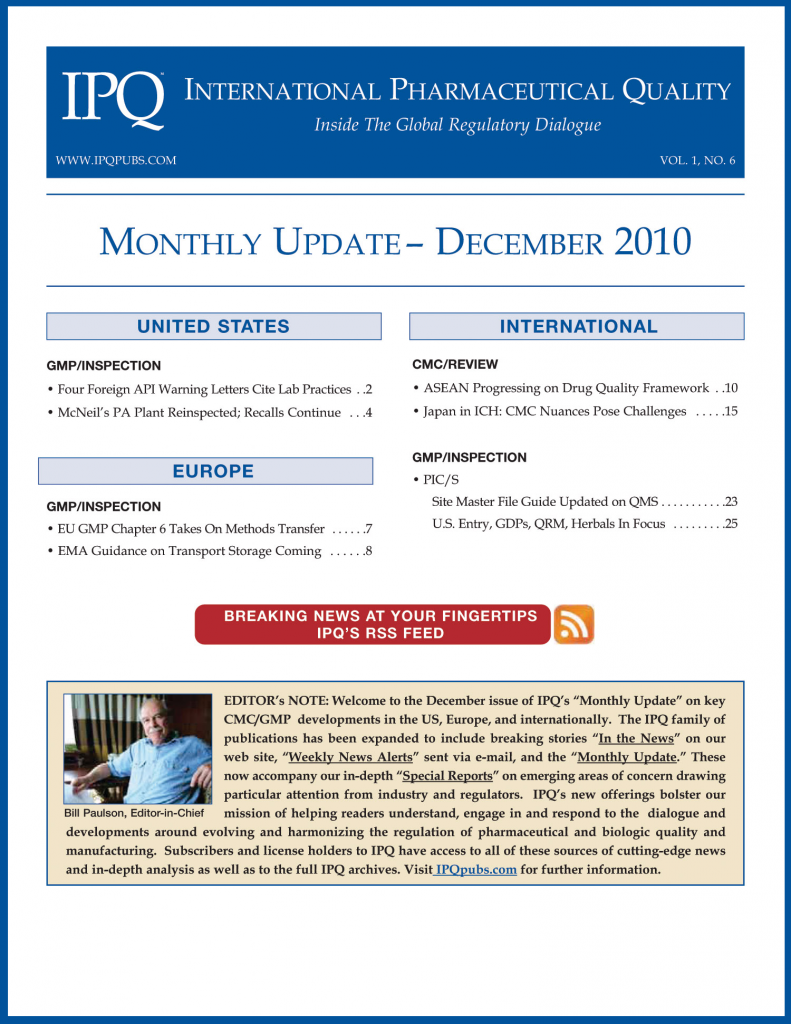